Be an Authoritative Parent, the most effective Parenting Style 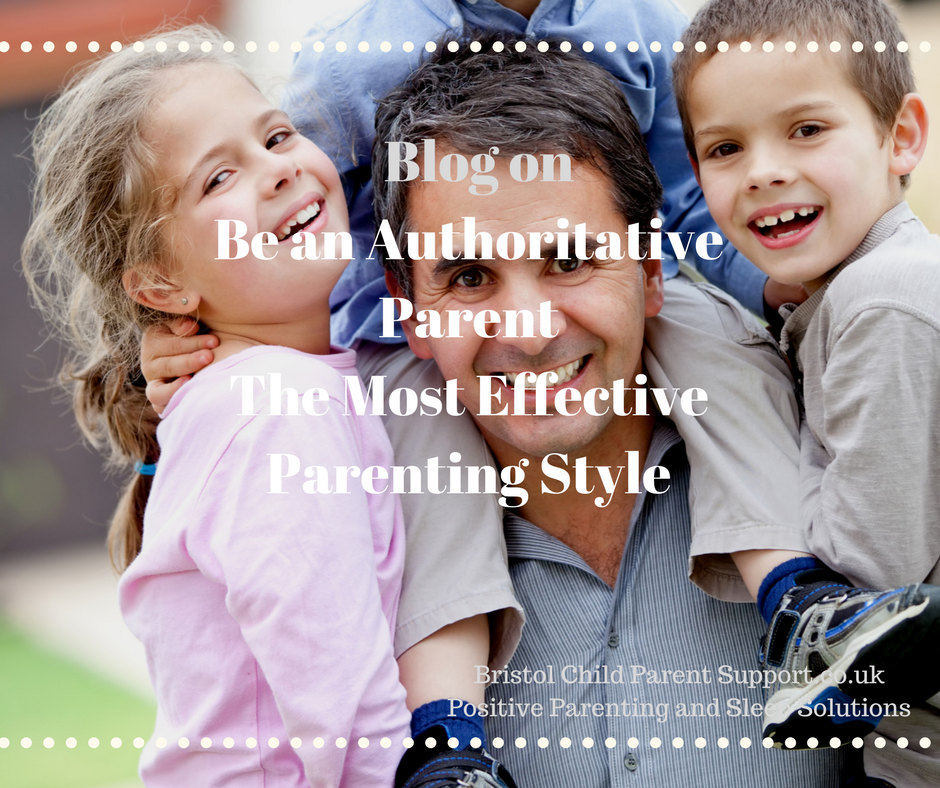 What do we mean when we talk about being an Authoritative parent, the most effective parenting style?

The authoritative parenting style was first defined by Diana Baumrind, a developmental psychologist who proposed a new system for classifying parents in the 60’s. Baumrind’s idea was to address how parents control their kids (Baumrind 1966).According to Baumrind’s model, there are three major approaches to parental control, taken from http://www.devpsy.org/teaching/parent/baumrind_parenting_styles.pdf

Attempts to behave in a non punitive, accepting and affirmative manner
towards the child’s impulses, desires, and actions. She [the parent] consults with him [the child]
about policy decisions and gives explanations for family rules.  I guess she allows the child to regulate themselves, but this can be in the absence of clear boundaries. Children can often misbehave in order to push their parent into “containing them” which results in parents often feeling confused as they feel they are offering their children space, freedom and autonomy.

Attempts to shape, control, and evaluate the behavior and attitudes of the child in accordance with a set standard of conduct, I guess you seek absolute obedience. Unfortunately many parents use shame and blame to seek control of their children.  I’ve spent many years with adults and children trying to unravel and integrate shame. Shame is a blocking emotion and when we are in this state the upper regions of our brains shut down which means we lose the capacity to reflect and empathise with our children and often refuse to say sorry or give a half sorry whilst continuing to blame the child.

Attempts to direct the child’s activities but in a rational, issue-oriented
manner. She [the parent] encourages verbal give and take, shares with the child the reasoning
behind her policy, and solicits his objections when he refuses to conform. Unlike the permissive parent, this means that the authoritative parent has boundaries, she offers containment but with empathy, thought and reason. More importantly they are less likely to control their children through shame and blame. We know that being authoritative is the most effective way to parent. Gwen Dewar for Parenting Science quotes:

“Some researchers sum it up this way: Authoritative parents are both highly responsive and very demanding (Maccoby and Martin 1983). ”

So what is your parenting Style, are you too permissive, do let me know:

Learn more Authoritative Parenting Techniques at my workshop in April: Cool Down, managing anger, tantrums and meltdowns ( with love Catherine)